Is the Fastest Growing New Religious Movement in the Americas – Santa Muerte – Institutionalizing?

All photos were taken by Fabiola Chesnut, Chair of Foreign Languages and Fine Arts at Huguenot High School, Richmond, Virginia, and native of Morelia, Michoacan. 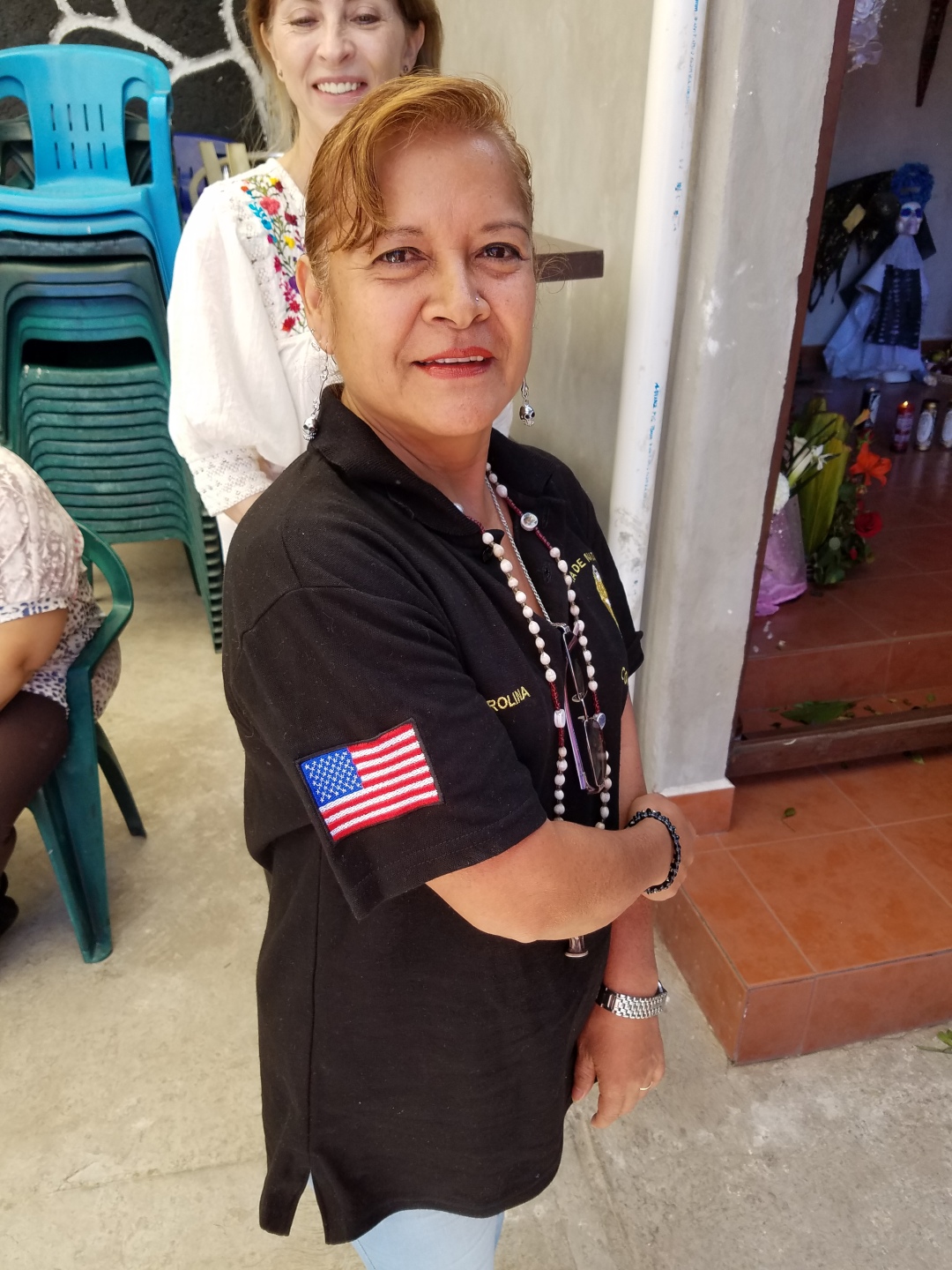 On 12/28/16 I attended the 9th anniversary celebration of the founding of Templo Santa Muerte Internacional in the gritty Mexico City suburb of Tultitlan. 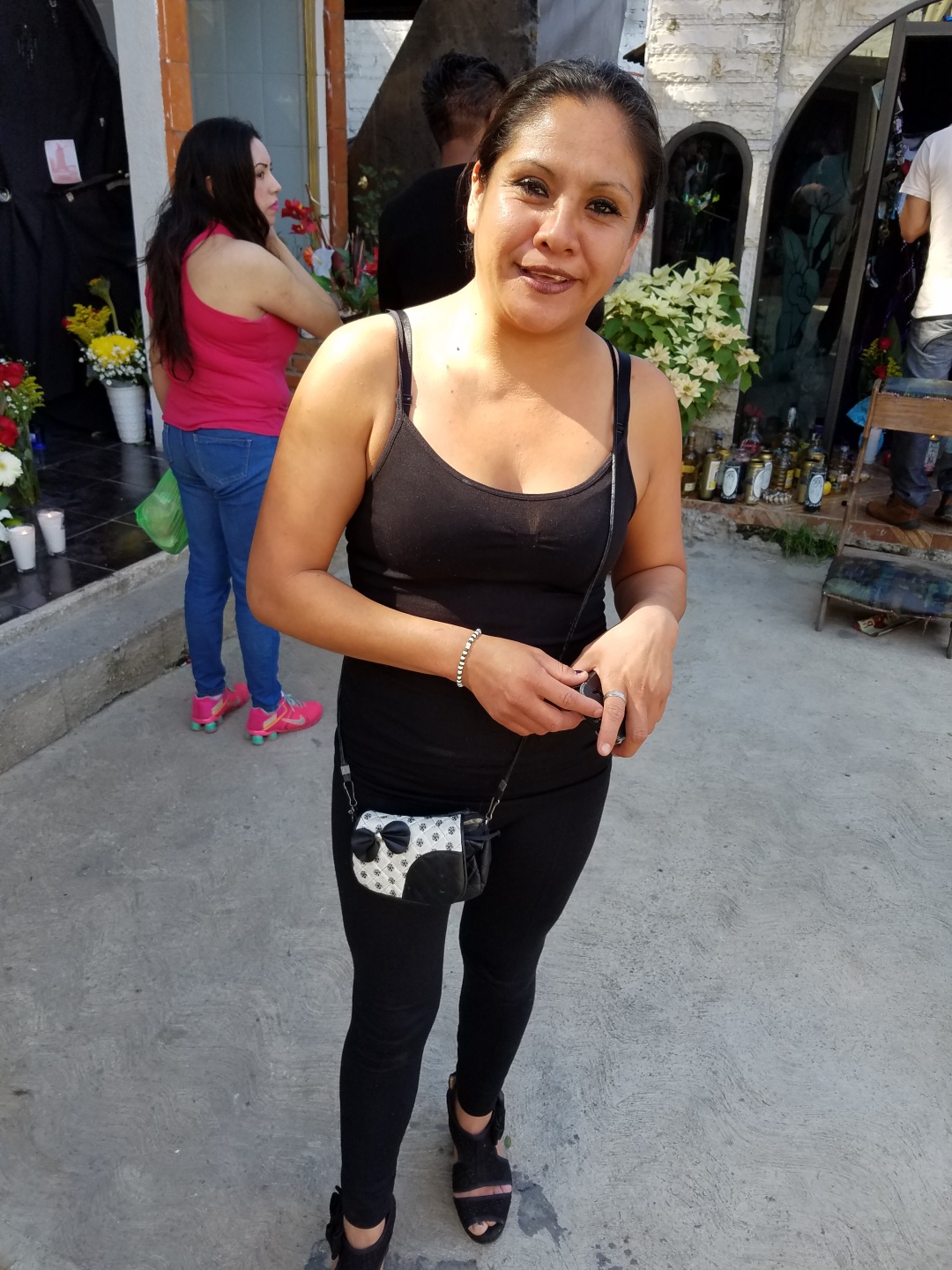 Comandante Pantera was murdered by hitmen who pumped some 200 bullets into his Cadiallac Escalade while driving home from his late-night Santa Muerte radio show in July, 2008. He recently became the first auxiliary saint to the Bony Lady with his busts and statuettes available for purchase in Tultitlan.

His mother, Enriqueta Vargas has proved to be a natural leader, having incorporated some 12 other shrines and temples into SMI (Santa Muerte Internacional). I already knew she had expanded to New York City, Brighton, UK, Dallas and Atlanta, but at the anniversary party she announced new affiliates in Costa Rica and Colombia.

On the research front, I was finally able to meet Lucino Morales, the former Profesor Sisyphus, founder of the first Santa Muerte temple in the U.S., on Melrose Avenue in Los Angeles. I had made several unsuccessful attempts to meet him in the City of Angels so was happy to be able to talk with him at length at the fiesta. 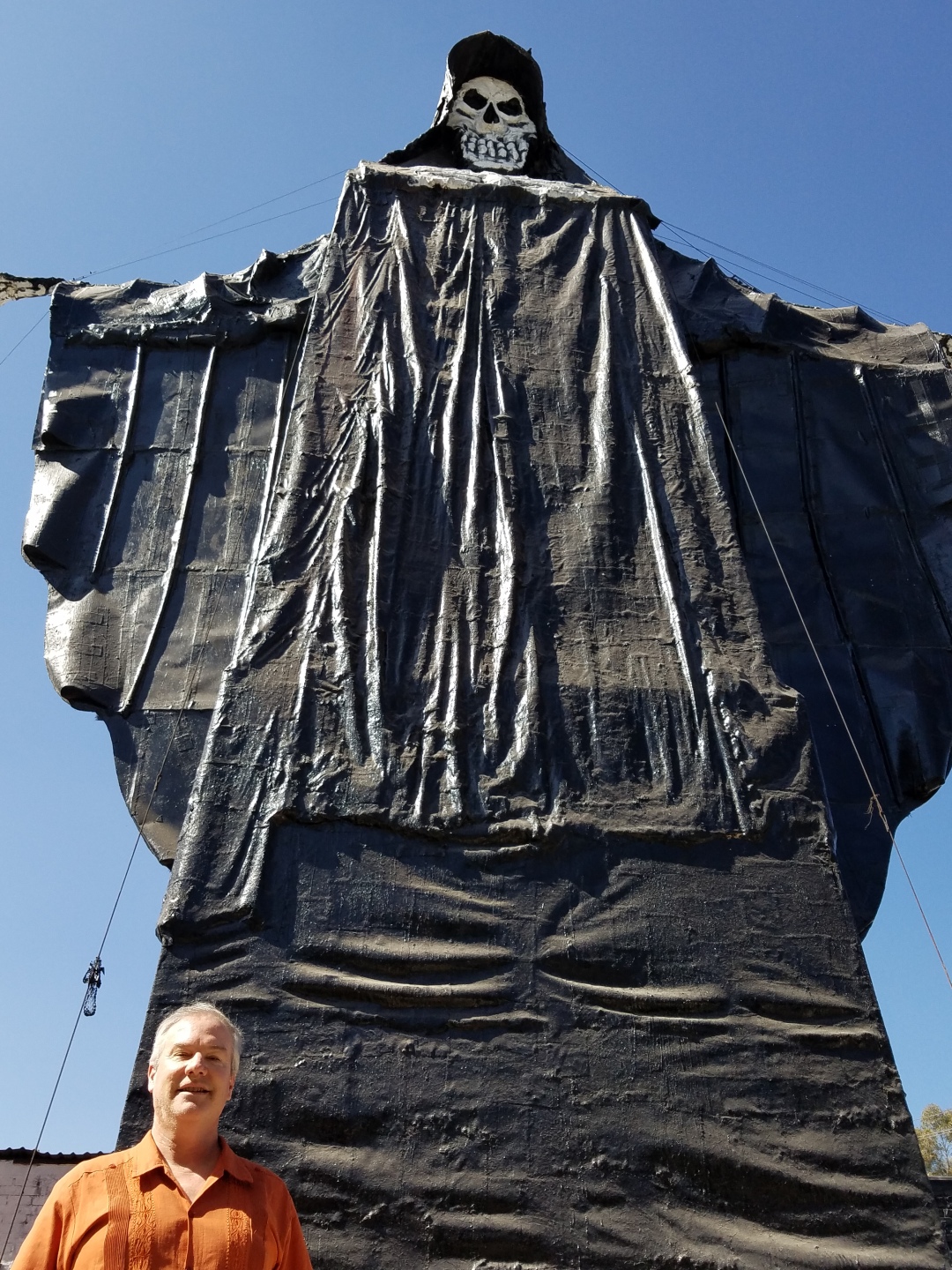 He was there as a guest of honor and to form an alliance with Enriqueta Vargas aimed at calling out Santa Muertistas viewed as charlatans and at gaining legal recognition in Mexico. Since 2005, no religious organization that includes veneration of Santa Muerte will be granted legal recognition by the federal government in Mexico. 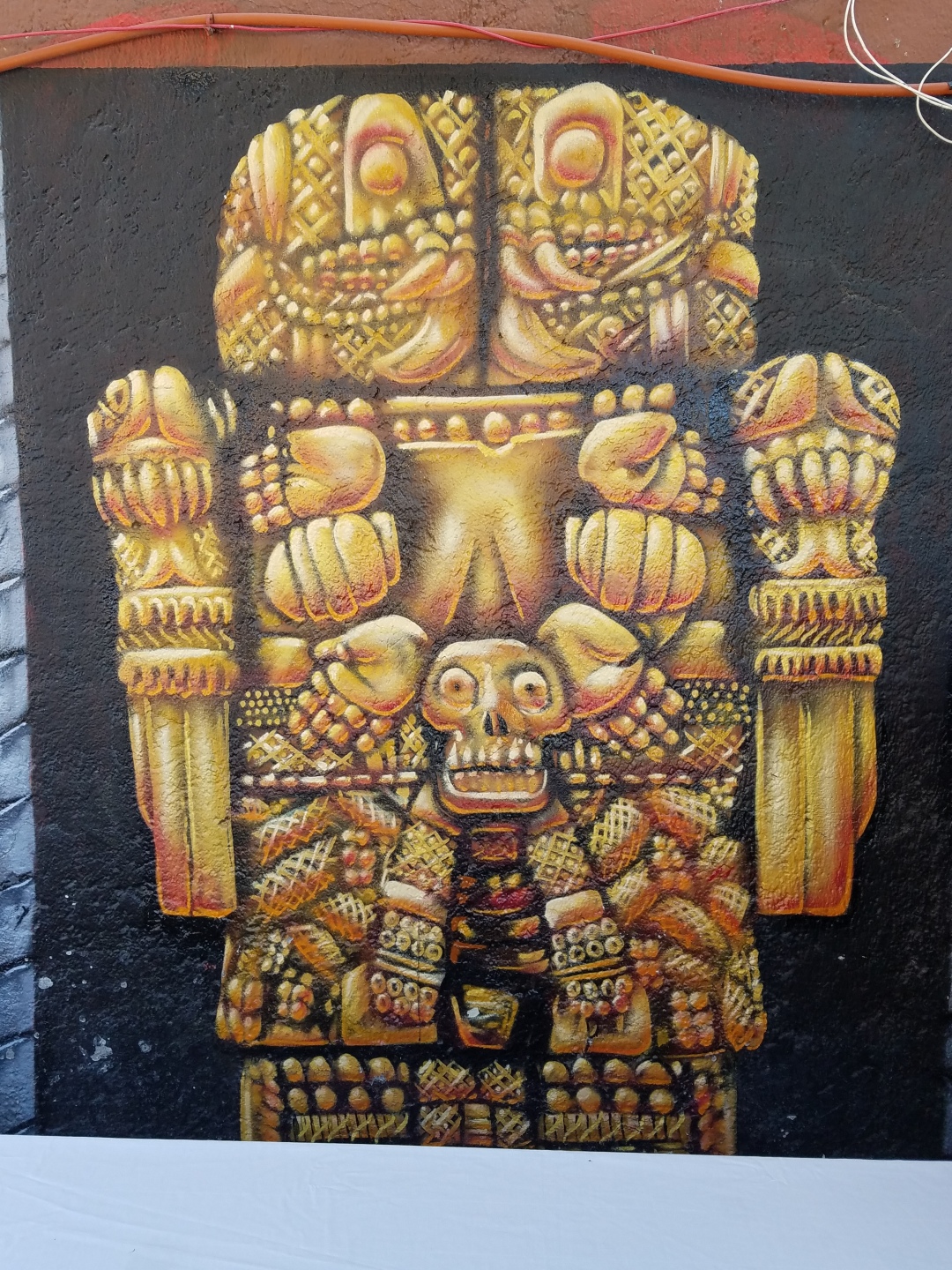 Devotees, of course, view this as unconstitutional religious discrimination engineered by the Catholic Church in Mexico, which is still one of the most influential in the world. 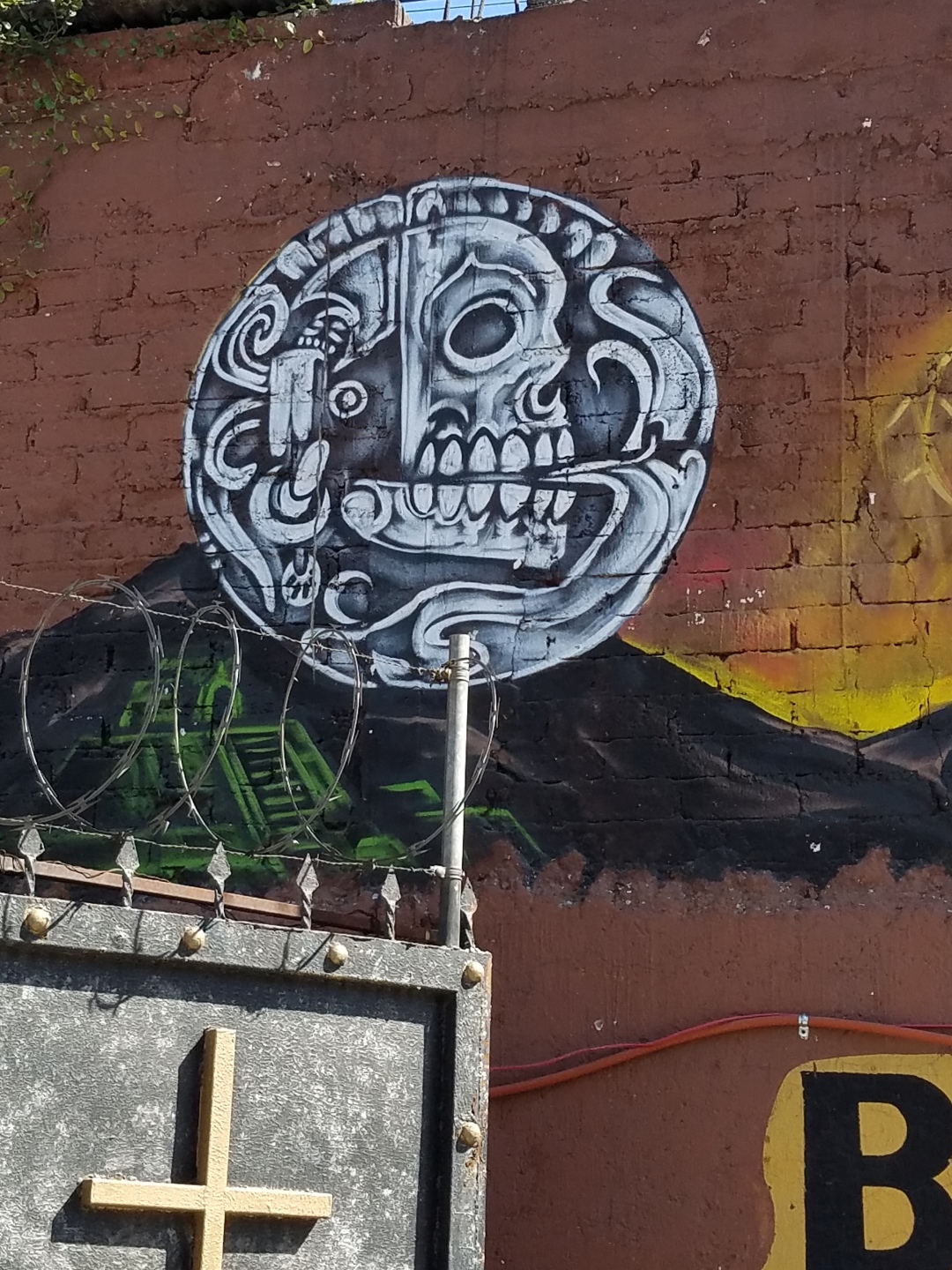 About 5oo devotees, with a large contingent from the state of Veracruz, attended the spirited celebration, which included prayers, diatribes, techno music and food and drink for all.

What really struck me was the Neo-Aztec theme predominating in many of the murals and images of the Bony Lady. Most impressively, Enriqueta Vargas herself was dressed as an Aztec queen. All that was missing to take her for Mictecacihautl, the Aztec death goddess, was skeletal face paint.

More than any other prominent Santa Muerte leader, Enriqueta Vargas has chosen to stress the putative Aztec heritage of the skeleton saint. Santa Muerte as the latest incarnation of Mictecacihuatl jibes with the hegemonic expression of Mexican nationalism which exalts the Aztec and Mayan past while rejecting Spanish influence.

Vargas has also replaced disgraced former top leader, David Romo, as the leading spokesperson for the fasting growing new religious movement in the Americas, which includes energetic defense from Catholic condemnations of the cult issued almost on a weekly basis in Mexico.

So far the distancing from Catholicism is much more apparent in the iconography of the death saint than in prayers and liturgy, which continue to be predicated on Catholic forms of worship.

Complete decoupling from Catholics forms of worship is a tall order in a country that is home the world’s second largest Catholic population and still one of the least religiously diverse in the Americas with 81% of Mexicans still claiming Catholic identity.

My research partner David Metcalfe and I have been on the front lines of reporting and analyzing the growth of SMI while many others  myopically remained fixated on the historic shrine in Tepito.

At a recent conference on Saint Death at the University of Groningen I was shocked that none of my academic colleagues had never heard of either Enriqueta Vargas or SMI! 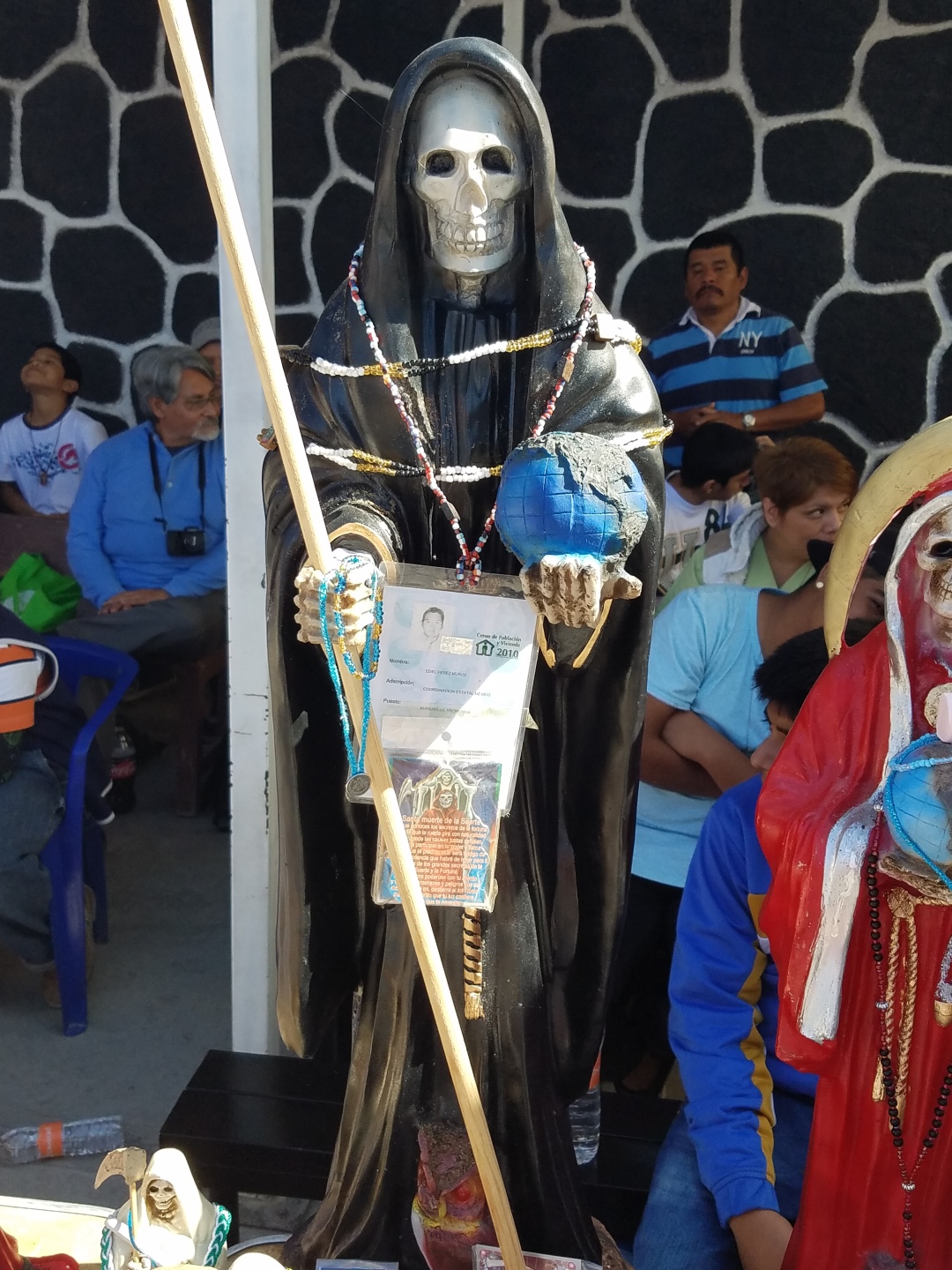 As head of SMI, Enriqueta Vargas is leading the first serious attempt at institutionalizing a religious movement that has only been public for 15 years. 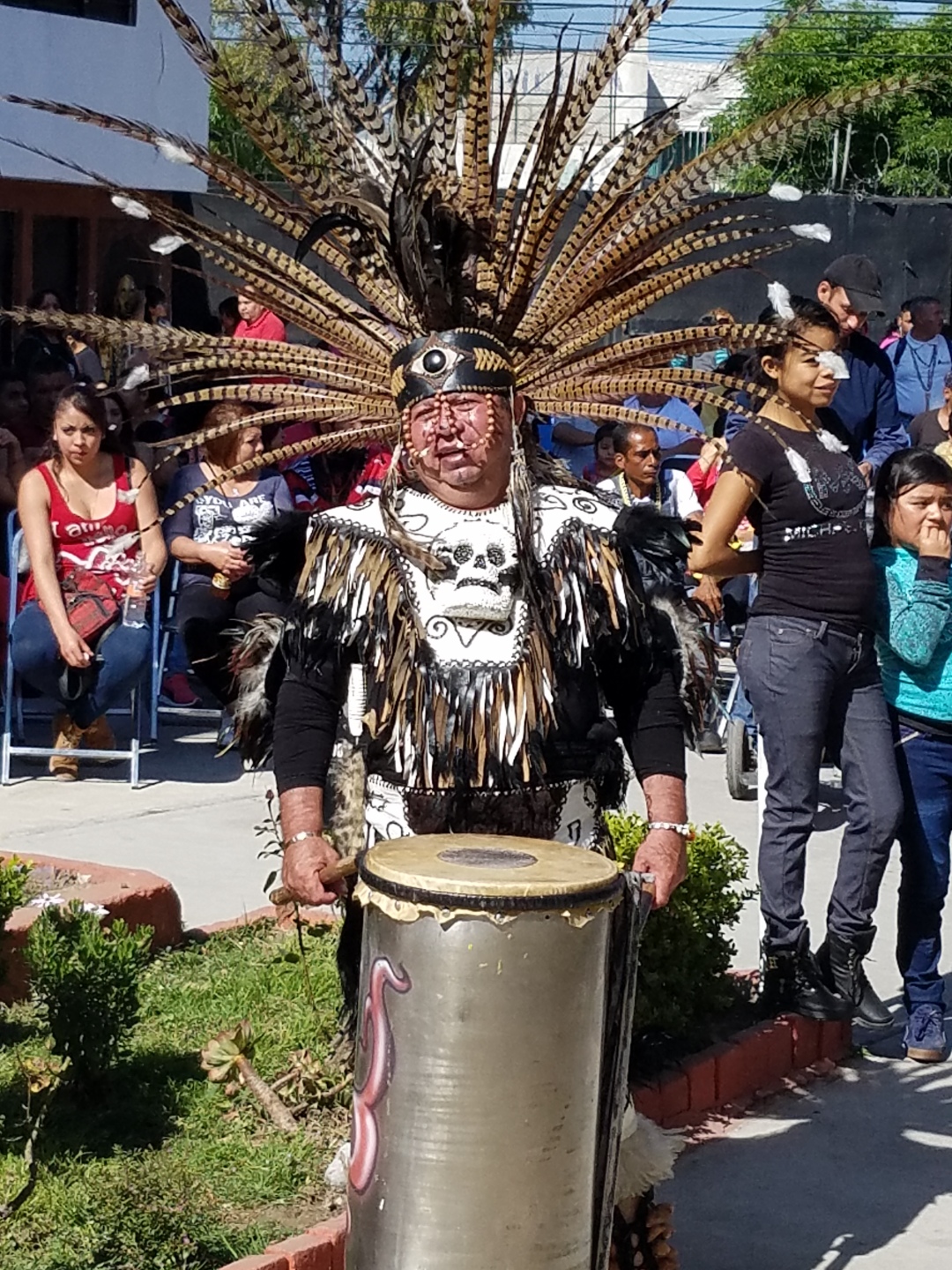 Those with an interest in new religious movements would do well to keep an eye on SMI, the trailblazing organization of the most dynamic devotional movement to burst on the global religious landscape in the past 2 decades. 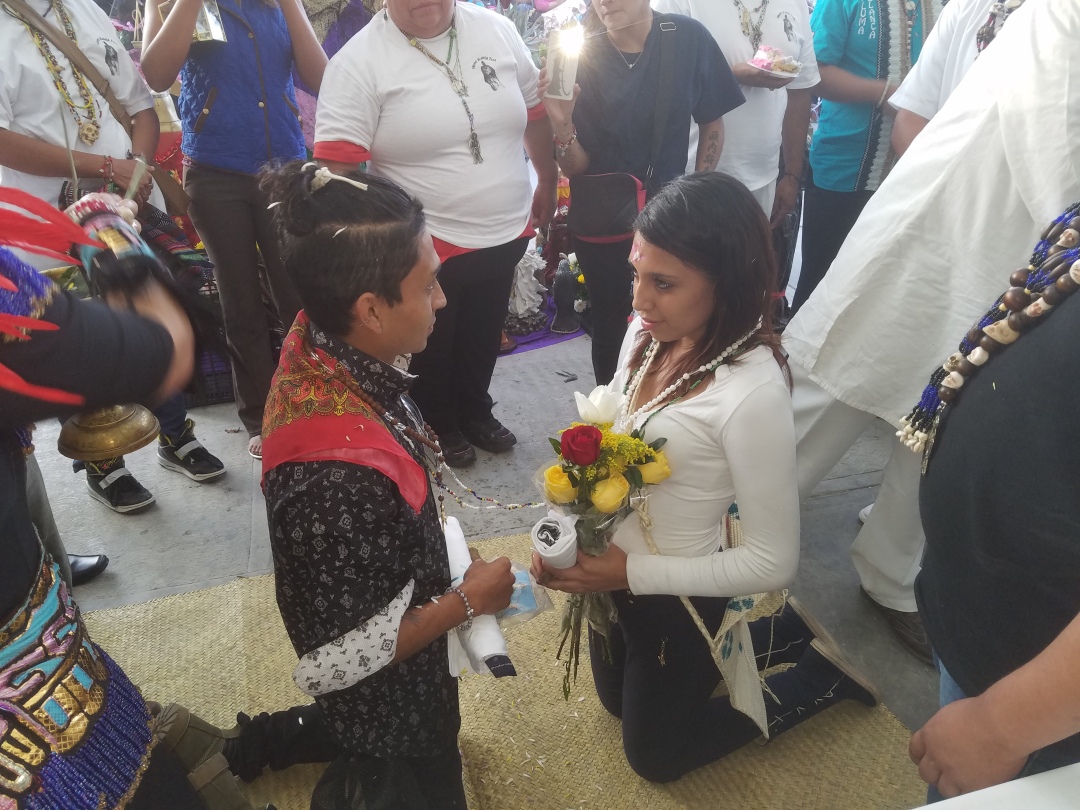